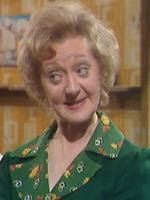 “You’ve got to go there and play sensibly against the better teams, you’ve got to be difficult to beat away from home. Let’s not kid ourselves. If we come back with a point we would all be delighted.”

“So you’ve got to go out there and hit them on the break. We’d like to win but we’re not going to go out and start swarming all over them – they are a top team, so you have to be aware of that.”

Stirring stuff. Arry’s pre match words there evoke such strong emotions. Forget ‘Cry havoc!’, never mind Braveheart and see you later alligator to ‘Upon my command, unleash hell!’ No, what we have here has just raised the bar in motivational speeches.

Hairs tingling on the of your neck? Nope, mine neither. He’s about as fired up as Mavis Riley dithering over whether to have a custard cream or a chocolate digestive.

Given the manner in which Tottenham play their best football, it’s seem downright weird for Arry to suddenly come it all master tactician on us. There will be quite enough over-thinking taking place courtesy of the fat Spanish waiter. Tottenham need to get out there and do precisely the opposite of his pearls of wisdom above.

A holding game is something Spurs are not entirely at one with to put it mildly and this strategy also requires a damn tight back four. Hardly our calling card.

Anytime goalscorer punt would have to be the boy Bale @9/2.

Juventus vs. Barcelona… The Champions League Final is here