Team For City On A Parish Noticeboard 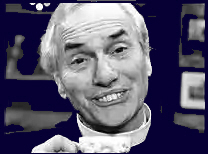 Time for us to focus our thoughts on what is a massive, massive game. The list of those we failed to replace, the injured and the retired is well documented. The victory against Maribor was welcome of course but needs to be appreciated in the context of – this was an unremarkable Maribor.

That said, it will create a feel good factor. That’s quite rightly how football works.

But how brave will the boss be against the Champions? My suspicion is that the answer is ‘not too brave.’ I don’t believe he’ll play Hugo and I don’t believe he’ll drop Walker and certainly not for Naughton. I believe that showing confidence in players cuts both ways and ‘that’ goal in the Naughton/Lloris fiasco shouldn’t be used as stick to beat either men with.

Carroll has to start. To dare is to naffin’ well do and I think he’s earned this. Against City I believe we need to play with a 3 in the midfield given the resources. Thud and Sandro isn’t enough. It will end up with Mr Beastly doing himself a mischief again. But more so it’s a case of we must be creative and the two Toms between them will give us a fighting chance.

Bale on the left, Azza Lemon on the right and for me it’s Adebayor to start. Do you drop your hat-trick man? The brave do. On the strength of the Europa game Ade is back or at least very close to being back in business. We miss Moussa horribly and between Carroll and Ade we can at least attempt to mend and make do.