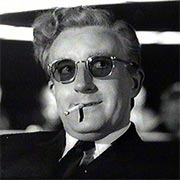 Have you seen this man?

What can I tell you? Well looking at the seven day forecast we really are in for a week of nothingness. Nothingness with occasional damp patches, with many areas of little to look at being partially obscured by thinning clouds, especially in and around the Tottingham Hotspurs.

Azza Blud, Dances With Stones and 3MP are all named in the England squad. What joy. Lord only knows what physical fate awaits them courtesy of the Monteschwarzers. Lennon’s form has been poor so far this season – just in case you had been living in an Afghan cave – so as per naffin’ usual it’s difficult to know what it is that Fabio’s up to.

The Hudd could at long long last ‘do the business’ in an England shirt. He’s become more focused, almost a more considered player of late and with some making the ‘Can Gerrard and Lampard play together?’ argument look like the Riddle of the Pyramids, which it isn’t, there may well be an opportunity for Tommy to do his stuff.

3MP looks to be a riddle himself but he isn’t really. Having him on a football pitch generally increases the likelihood of him or someone on the same team as him scoring. Really, there is no charge made for any of these pearls… Rooney has gone from being the **** job man to the odd job man off the pitch and a bit ‘not very good just at the minute’ on it. So again, an angle for a Lilywhite to step forward and shine.

Oh yes, all that headline malarky.

As the astute amongst you will have already realised, this URL has brought you to a new home. No scandal to report I’m afraid. There is a tide in the affairs of men. Which, taken at the flood, leads on to fortune; Omitted, all the voyage of their life Is bound in shallows and in miseries. On such a full sea are we now afloat and we must take the current when it serves or lose our ventures.

So you see it was either this or join the Young Conservatives who believe me put in a very attractive last minute bid; but as I’m not looking for a wife and don’t believe that hospitals should be Pay Per View, here I am. Powered by Football Fancast and ready to rock.

Can I ask you bear with me with over any initial irritations. We’ll be over the worst of it within 2-3 years, you have my word upon it. Avatars? Gravatar is the weapon of choice for this platform, so follow the instructions I’ve pasted up in the Toolbar.

I hope you like the Just Like A Library section. Vision Publishing have never seen negotiations like it. HH readers get 20% everything they stock. I’d get in before they cease trading and I’m forced to find some other Charlie to offer this ‘opportunity of a lifetime‘ to.

There will be be a Podcast too. To be honest it’s going to be much more of a radio show. It’ll go out recorded initially, but who knows what the future holds. I have already had very kind offers of technical assistance from several of you and I genuinely apologise for not getting back to you as yet, but believe me I will.

So there you have it.